Our Bordeaux Cask Rum won a gold medal at the World Rum Awards 2021, in the "Column Still" category. This is our third award, and we’re very proud of it!

Last November, we dispatched a bottle of Bordeaux Cask Rum to the World Drinks Awards, in London. We received a great deal of positive feedback for this rum. After numerous tests and tastings, our Bordeaux Cask Rum was elected by a jury as best rum in the "Column Still" category, with reference to this distillation method.

This is the third award for our alcoholic drinks. We had already participated in the World Drinks Awards in London, an event famed the world over, with one of our gins and another rum. Ginetical Wooded Gin won us gold in 2018 and our Double Aged Rum was awarded silver in 2019. 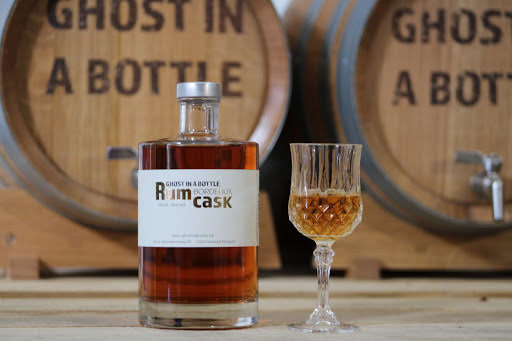 Ghost in a Bottle launches Ambr: exotic, non-alcoholic and low in sugar

Feliz, a new aperitif from Ghost in a Bottle: non-alcoholic bubbles and the first-ever ‘mindful sparkling’ drink